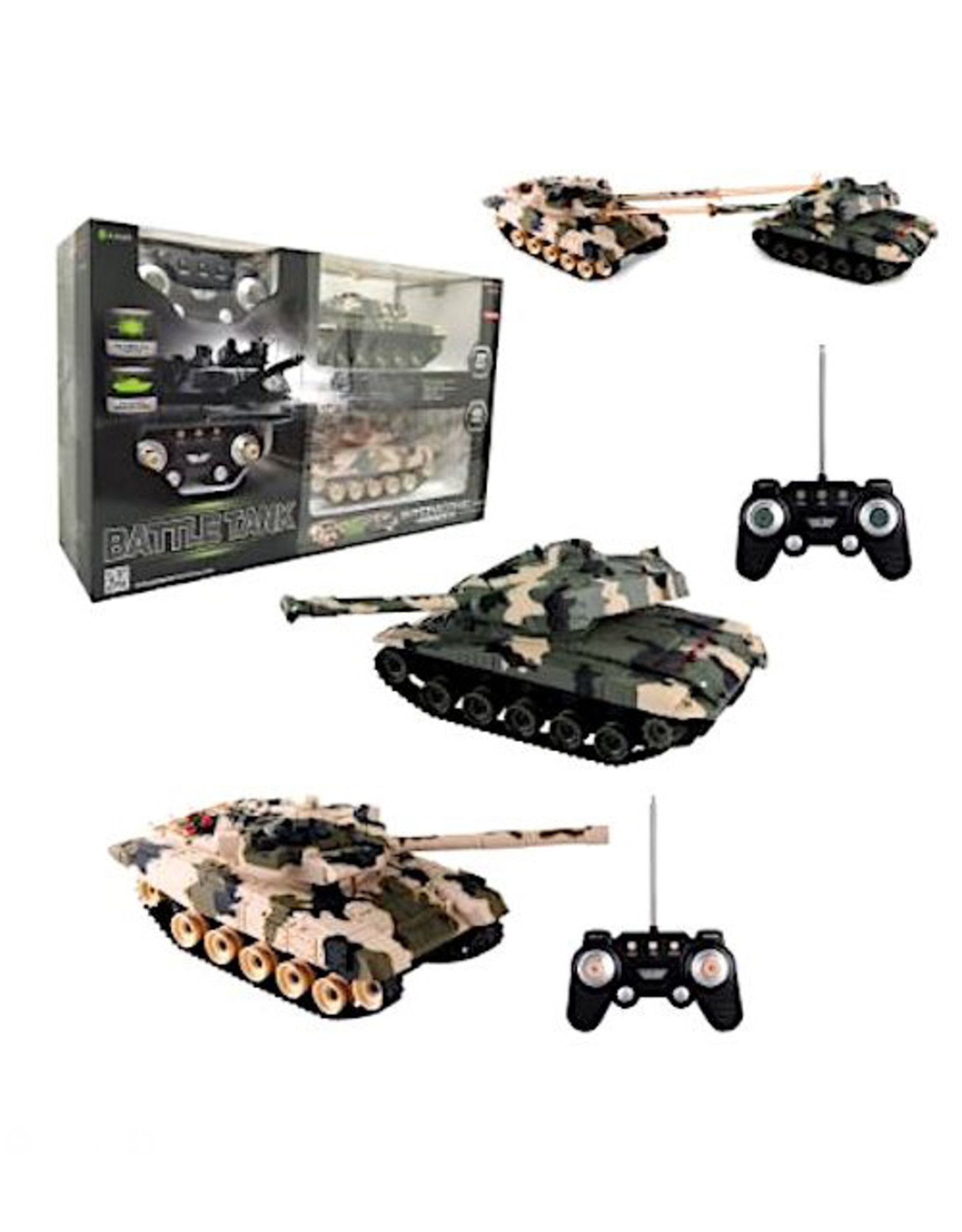 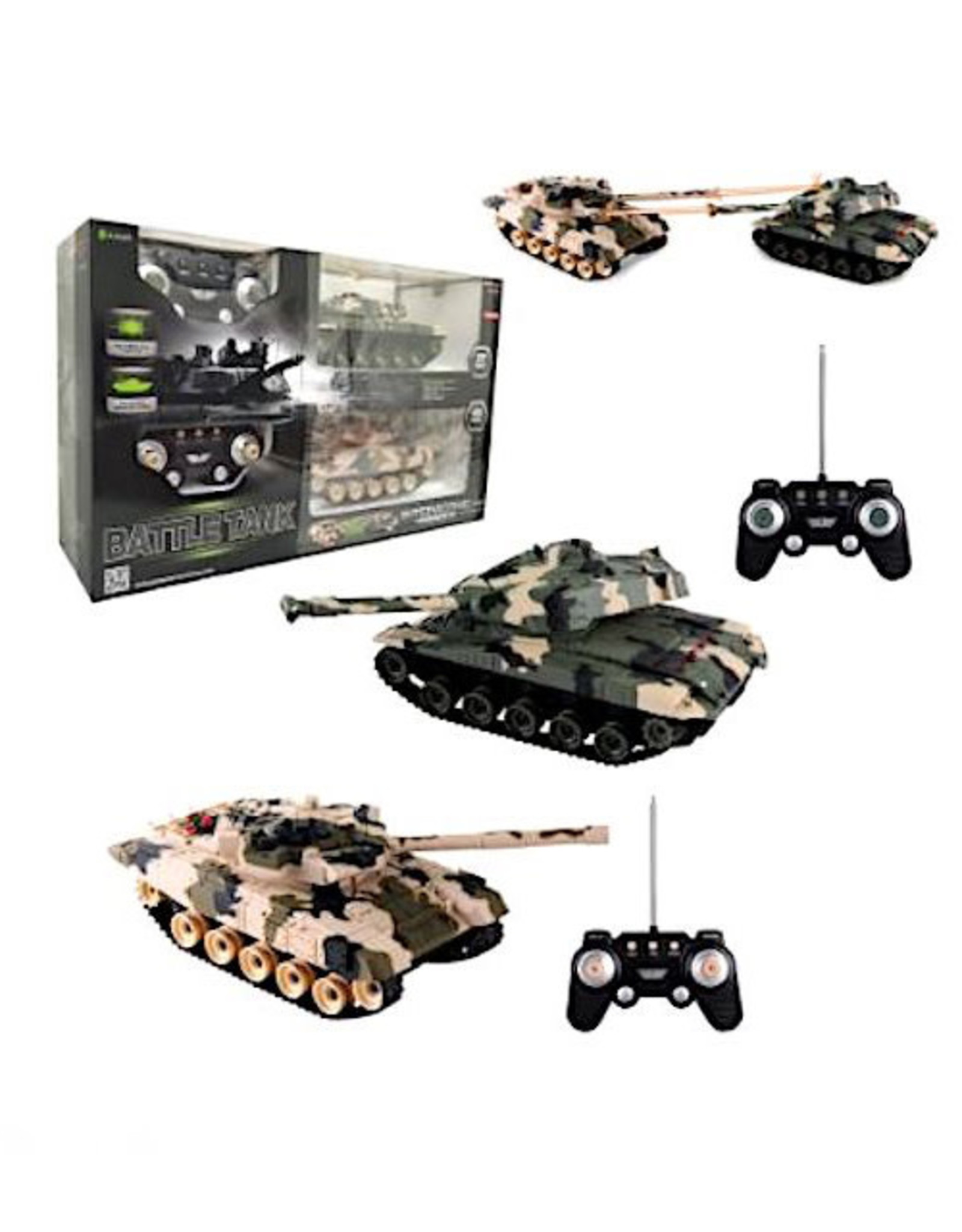 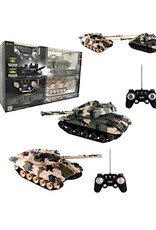 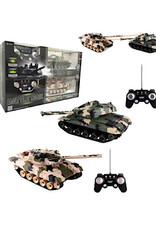 Let the tanks battle begin! 2 full function R/C battling tanks with infrared sensors, light and sound effects, controllable turret and built in battle game. Tanks have two types of fire: Cannon and machine gun. Each tank begins the battle with four life lines marked as red lights on the back. If your tank gets hit by cannon fire, you will lose one life. If your tank gets hit by 5 turret shots, your tank will lose 1 life. When you are down to your last life, the turret will stop working. Once you lose all four lives, the tank stops functioning for 15 seconds and the game ends.