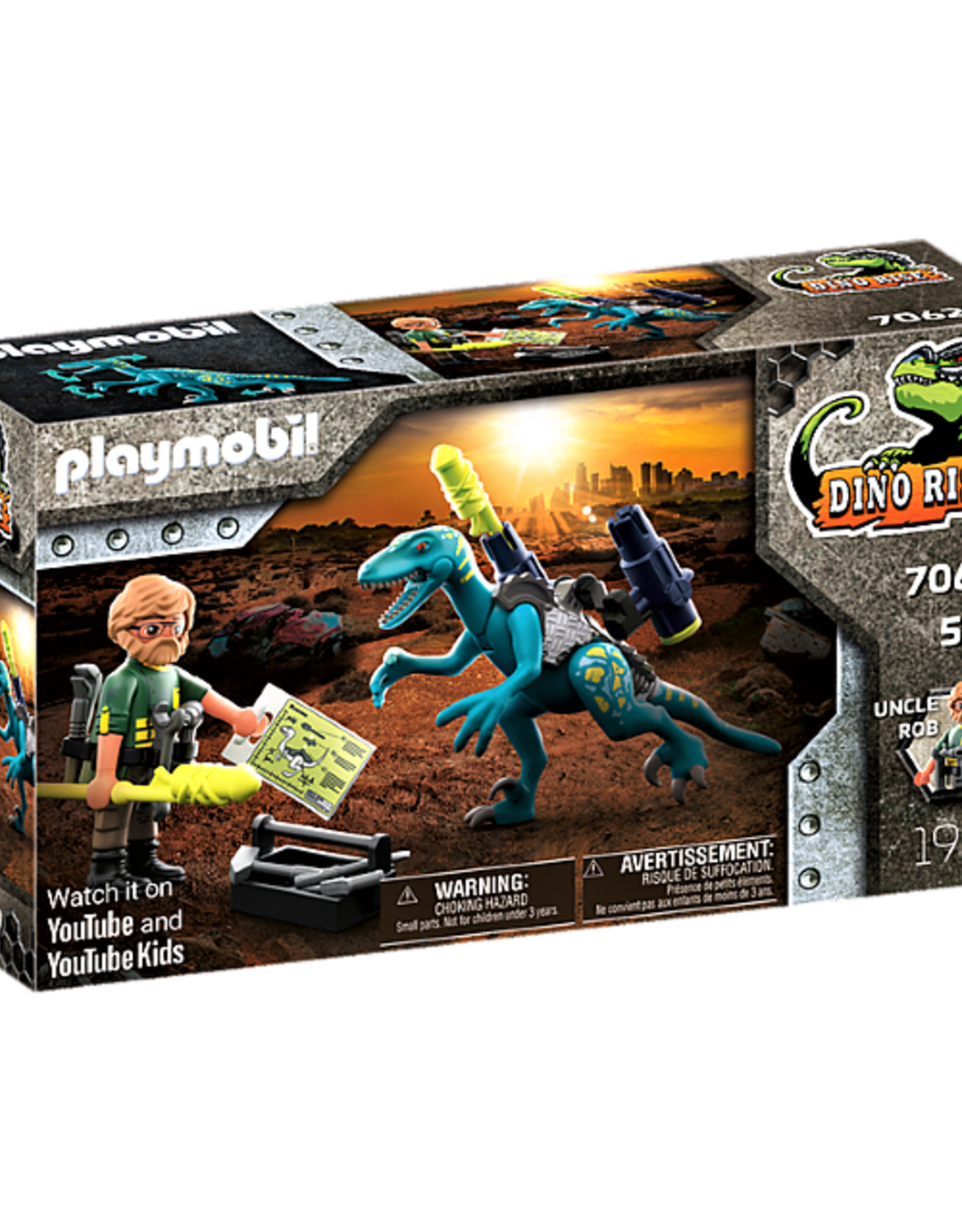 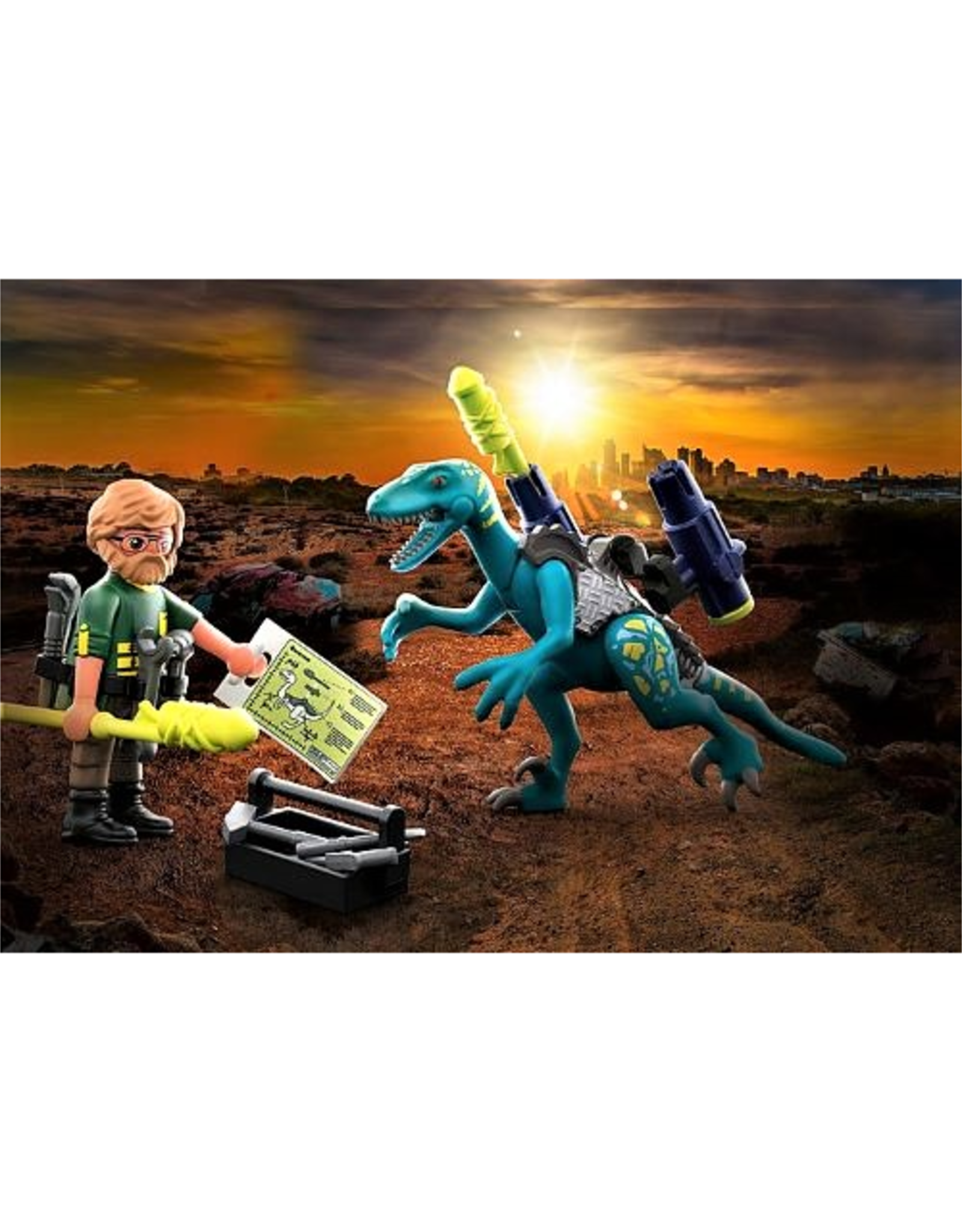 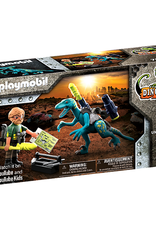 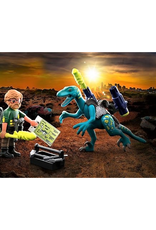 Milow and Uncle Rob are the smart guys in the Dino Rise Team. Thanks to their clever ideas, the heroes could equip their dinos with cool combat gear to stand up to the battle robots. With the additional modules, the dinos are not only better protected, but also stronger in attack and can defend themselves against the seemingly overpowering robots with firearms. At his side, the resourceful tinkerer has a faithful Deinonychus. Of course, Uncle Rob has also designed extra-strong armour and a mount for cannons for his dino companion. The two are an unbeatable team.