Triceratops: Battle for the Legendary Stones 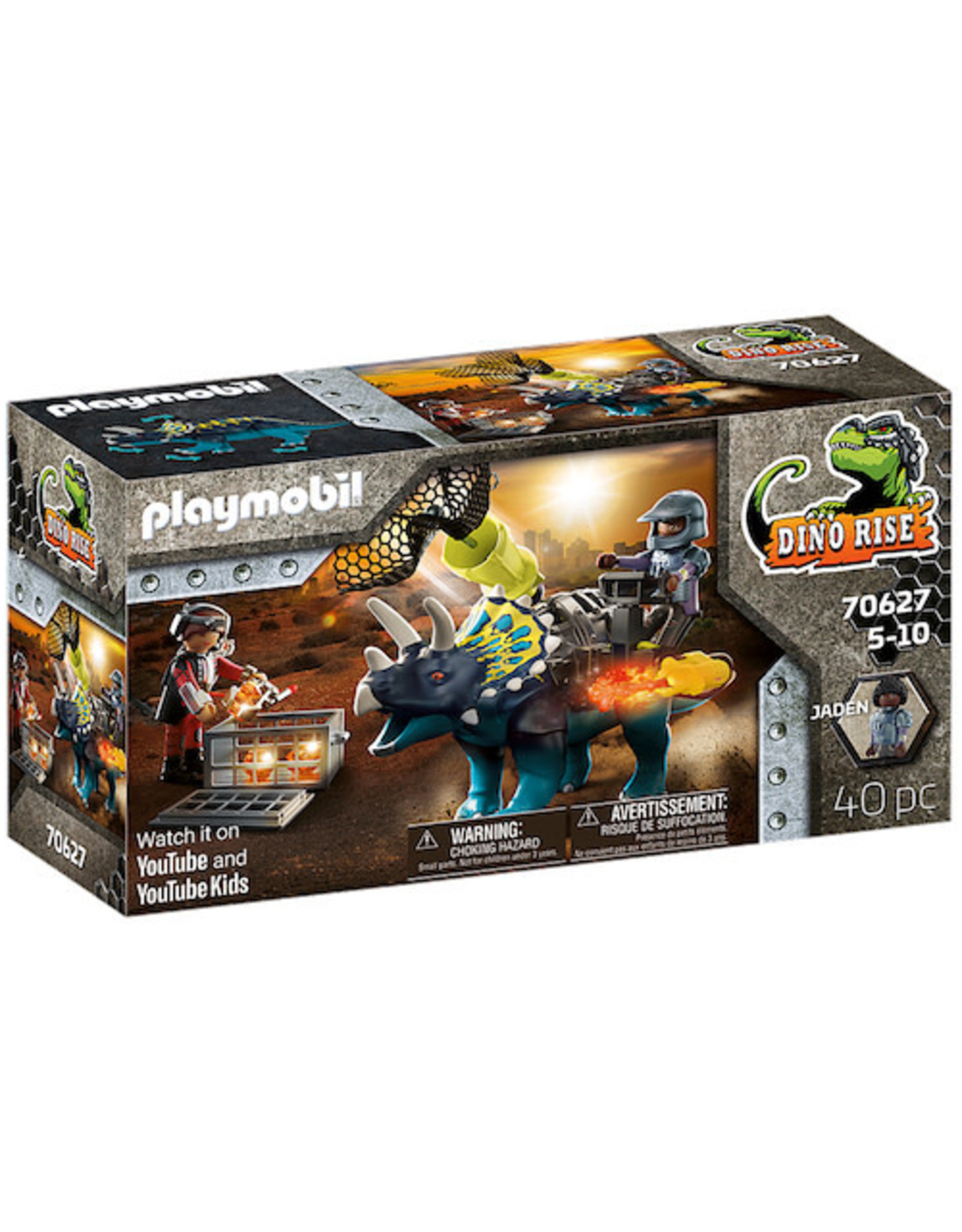 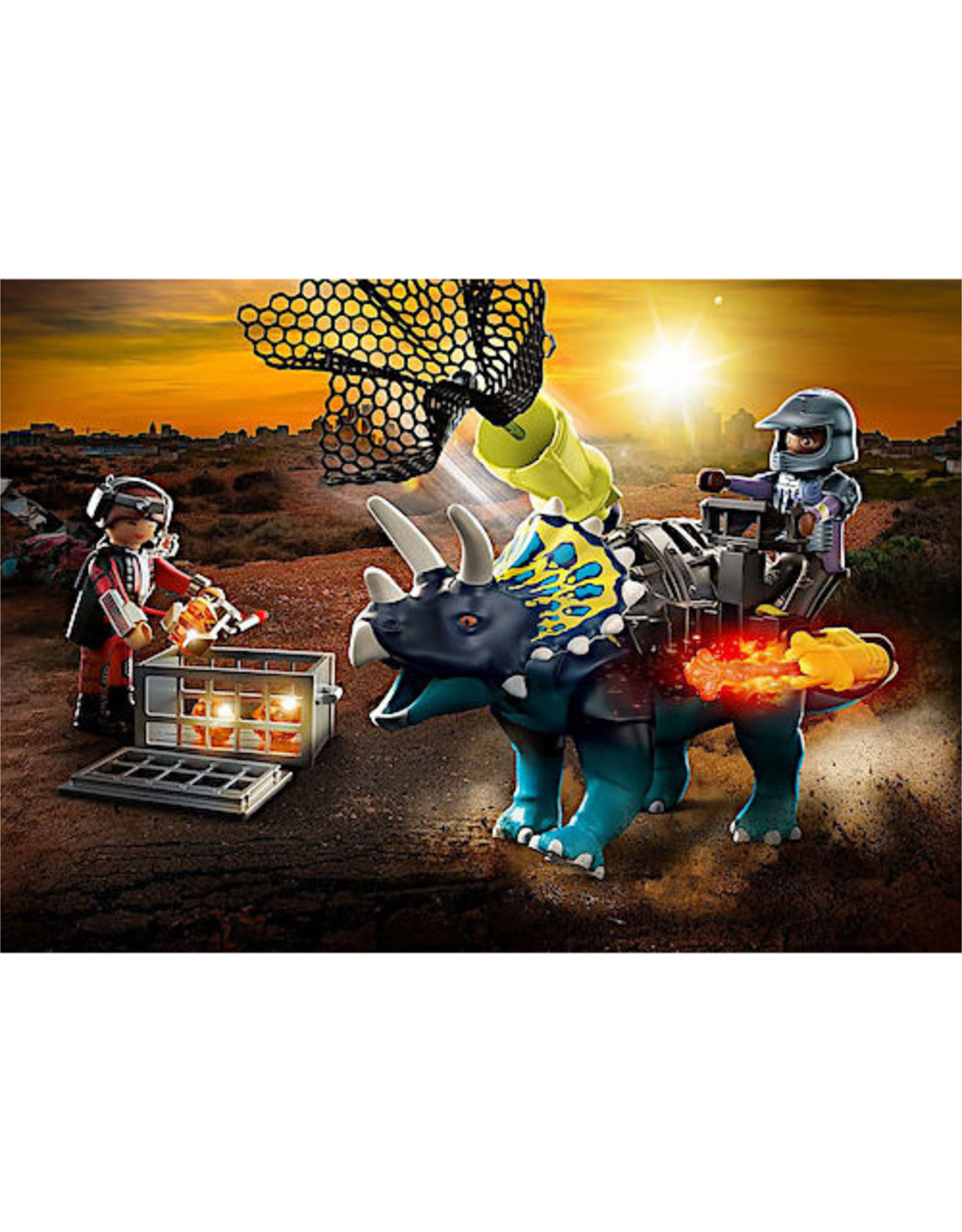 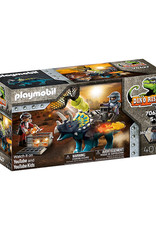 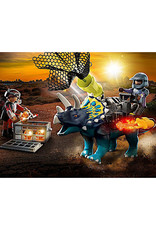 Sometimes the enemy is much smaller than expected, for example a mini robot. The nasty little machines try to scout out the Dino Rise team's plans unnoticed and get the big fighting robots ready for battle. But the Dino Rise Team does not let itself be seen that easily. In order to be equipped against big and small opponents, the armoured Triceratops not only has a normal cannon, but also a trap net cannon. If his partner Jaden hurls out the catch net at the right moment, the mini-robots are pinned down and thus immobilised. Strong dino-human power for tricky special missions.