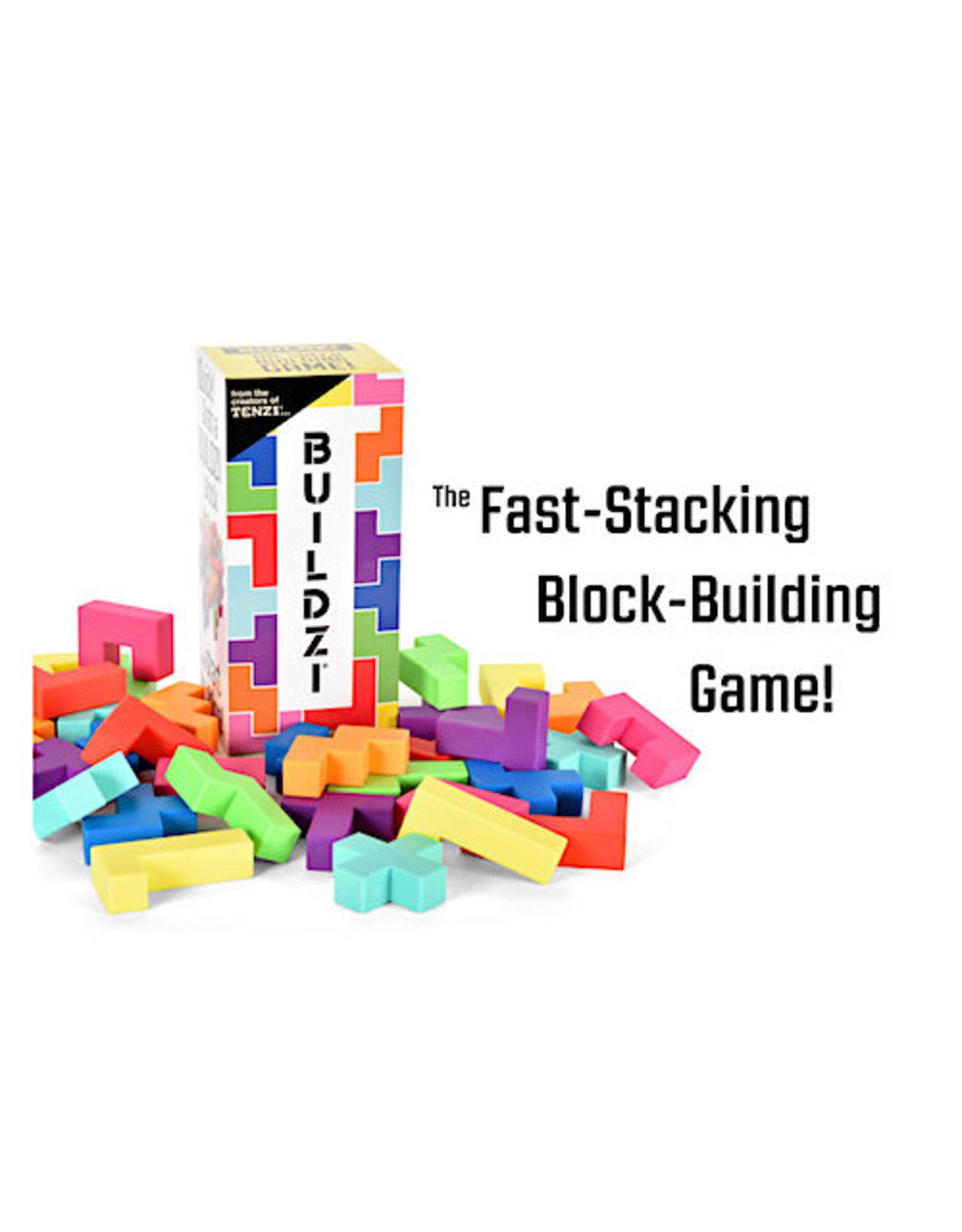 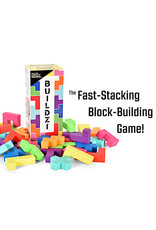 For the past several years, Kevin and Steve have had a blast selling their growing family of simple, fast games: TENZI, SLAPZI, ITZI and PAIRZI. It’s been a whirlwind of laughs and fun.

Yet behind the scenes, there was another story playing out. Kevin’s son, Collin (who had invented SLAPZI), had another idea for a game. He told his father, “When kids play with blocks, they’re usually slow and deliberate. Why don’t we take regular building blocks and turn them into a speed game?” Kevin liked where Collin was headed and suggested he make a prototype.

A few weeks later, Collin pitched the idea to Kevin and Steve. Steve also liked the concept of a speed building game, but he didn’t like using regular old blocks. So off and on over the next three years the guys would meet and, bit-by-bit, improve the game, which they had started calling BUILDZI. But those old block shapes continued to bother Steve…so when he stumbled upon the cool pentomino shapes you see in the game now, well things just fell into place!